Community of Hope and Sheila Crider by Tommy Finton 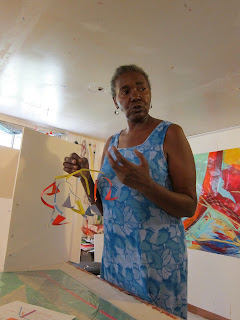 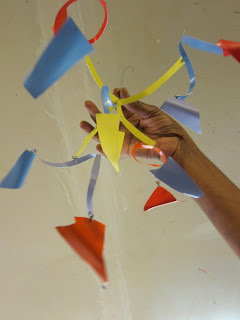 Community of Hope and Sheila Crider

“This city has enough stuff dedicated to Marvin Gaye,” she said. “Let’s get something different.” Only a true Washingtonian would see a Marvin Gaye painting and know not to keep it because of repetition.
A few weeks ago, I had the opportunity to visit the new Community of Hope building in Ward 8. Fitzgerald Fine Arts has been hired to oversee the selection of art placed in the new building. First off, the new facility is quite large and there is a lot of wall space, an art enthusiasts dream come true. Because Community of Hope places such an emphasis on, that’s right, community, Kelly Sweeney McShane, Executive Director, thought it would be a great idea to involve the local residents in the selection of art. So as Lillian, Erica, and I arrived at the construction trailer, about ten smiling faces of men and women who had lived in the neighborhood ranging from less than five years to sixty-plus greeted us.
A PowerPoint was created with potential pieces, and after a few slides were shown, a wonderful painting of Marvin Gaye was presented. Seeing it for the first time, I thought, “that’s a wonderful piece that shows a local musician who was a great symbol of the city.” Accordingly, over that past few decades, many people have thought the same idea, as there is a day dedicated to the singer and street named after him. I never thought not to include him, but the community felt that something new was needed. Without the help of the neighborhood, we could have blindly put that painting in the collection. That meeting served as a direct reflection of Community of Hope’s goals, and it was wonderful to hear some input from those who would possibly be using the center.
Most of our visit was dedicated to the art selection, but we were able to tour the construction site afterwards. I have learned quickly that if you work for Lillian, she’s going to put you to work, and you are going to be able to visit a construction site. It is impossible not to notice the sheer scope of this project. The building is quite large and everywhere you look there is going to be an office or clinic available to the public. Community of Hope’s ambitions are high with such a large project, but it is without a doubt that the center is important and will help the inhabitants of Ward 8.
Once our meeting was over, Lillian, Kelly, Erica, and I decided to head over to Sheila Crider’s home. Sheila lives and works in Congress Heights in Southeast, making her a local Ward 8 resident and a quick drive from the new Community of Hope center. She has been approached with idea of crafting a large mobile to hang two stories in the entrance of the soon-to-be-center. Her work is abstract, yet it gives meaning; it has color, yet it is simplistic. We were welcomed into her studio and saw not only her plans for the mobile, but her other paintings. They are simply beautiful, and I feel embarrassed not having heard of Sheila before that day. She is a great artist that has the benefit of being local, giving greater meaning to her enormous mobile.
Simply put, with Sheila Crider’s help, Community of Hope will become a shining beacon in Ward 8. Each wall in the building will hang a work that the citizens can be happy about, for they helped pick it. My second construction site visit proved to be very different than my first, but seeing projects come together and rise is amazing, and to be a part of those is remarkable.

If anyone is interested in learning more about community of hope, the website is www.cohdc.org.   They are still working to identify funding for the art component and use many volunteers in all their programs, including working with children who are homeless.