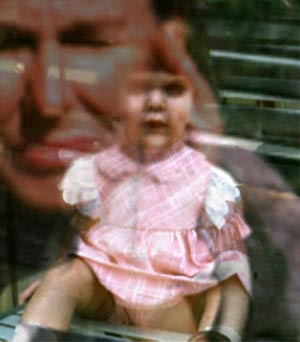 the body of work i have pursued for my thesis is about inherited illness. more specifically, the illness of endometriosis that has been passed down from mother to daughter in my family for at least three generations. endometriosis is a “silent” chronic illness that affects millions of women. it is considered “silent” because it has no outward signs, no visible indications of illness and because endometriosis can come and go. the reason why it happens is not fully known and it varies in degree depending on a long list of factors. millions of women suffer silently because it is hard to diagnosis (with little medical relief), is often misdiagnosed, or they are told the illness is in their head. this illness has affected almost every woman in my family and yet until i started sending my images to my family over the internet, i didn’t know about their illness and they had no idea about mine.illness related to female reproductive organs is often not talked about at all; it is for many women something of which to be ashamed or secretive. in my family, my grandmother died of ovarian cancer at 56 (i was three), my mother in an effort to avoid ovarian cancer had a complete hysterectomy at the age of 35 (i was eight) and i, at 26, was diagnosed with the same fibroids my mother and grandmother had and which left untreated could result in ovarian/uterine cancer. being part of this medical pattern is daunting and yet i find myself unable to express extreme emotions of anger or frustration because of my familial relationship to my mother and grandmother. perhaps it is not the burden of possible illness and current illness but rather the significance of a seemingly cyclical pattern that not only is the source of this work but the connection that most frightens me.the work i am doing for my thesis involves several factors: inheritance, illness, silence and the unease of illness and pain. the work stems from the own emotional and physical pain of dealing with my endometriosis, as well as the connection that i share with my mother and my grandmother. the images are built, through computer manipulation using found snapshots of my mother, grandmother and me. each image also contains medical information in the form of medical diagrams, drawings or photographs. the snapshot, a type of image with which we are all familiar with, serves as a point of identification with the viewer and speaks of history and fragmented memory. the repeated faces of these three women at different ages help to identify for the viewer the notion of inherited family traits passed on from one generation to the next. on the other hand, the snapshots are cropped and manipulated to such a degree that a sense of discomfort develops as the viewer, at times, can only make out the idea or glimpse of a person. layered medical diagrams illustrate the notion of a subtext beyond an inheritance of features alone. the mood and tone of the images both hint at familiarity and discomfort.
Posted by Art in Healthcare at 8:35 PM